So much incredible stuff happens across an AFL weekend. It’s impossible to keep up with it all. The Onballers crew – and some of our friends – are here to bring you a view on the stuff you saw and other gear you might have missed. This is the Onballers Quick Hands, our round in review.

Ryan Buckland: It had to be Luke Shuey. At the most high leverage moment of the season for the West Coast Eagles and the Port Adelaide Power, the outcome was decided by this game’s apparent master of leverage.

Standing unmarked at the back of a forward 50 stoppage, Port Adelaide leading by two points and with literal seconds on the clock, Luke Shuey gathered a misdirected Port Adelaide handball out of the maelstrom and did what he used to do with startling frequency. Shuey took Jared Polec’s contact. Feeling Polec’s arm around his bicep, Shuey lifts his previously perpendicular-to-the-ground arm to the heavens, praying for what would come next. It came. A free kick for high contact, paid because high contact was made. If only it was that simple.

The AFL introduced a defined interpretation of what I’d call “drawn” high contact for season 2017. Play on is supposed to be called in situations where a tackler makes contact in a correct manner (between the shoulders and knees) but the correct tackle ends up making high contact as a result of actions taken by the player getting tackled. That was designed to stop players dropping at the knees, ducking their head into opponents, or pulling the holy trinity of dropping at the knees, raising their arm, and throwing their heads towards a tackler’s arm in a move coined the Selwood. It was a flawed rule, coating an already vague rule with a different shade of grey paint. It failed Port Adelaide on Saturday night.

As a sad sack who has watched every Eagles game this season, I cannot remember a time where Shuey has pulled this old trick out of his kit bag. Formerly a serial high contact drawer, the West Coast vice captain has let his stellar, career-best form play become his hallmark. It pains me to write these words, because after so long, Shuey had shed his reputation as a stager.

Luke Shuey deserves credit for recognising the situation, executing the manoeuvre perfectly, composing himself as 52,000 Port Adelaide fans gnashed their teeth like a waiting pack of orcs, and slotting a goal which put his team into a semi final.

While it was clear Port Adelaide actually lost the game as a result of this 30 second tryst with the Football Devil, that would be giving West Coast far too much credit. Port Adelaide were the best team on the night, particularly in the second half where they pressed their way to a 34-16 inside 50 advantage. Only Jeremy McGovern’s career high 15 marks, and Charlie Dixon’s wayward 3.6 off the boot, kept the Eagles in the game as the clock wound down. They should have won, and from his post game remarks coach Ken Hinkley knows it.

Am I stoked? Hell fucking yeah. West Coast played out only the third extra time game in league history, beat an opponent against the odds (and the stats sheet), and travel to face a wounded GWS Giants with the spectre of a Gandalf the White-style return from Nic Naitanui. But am I stoked about the win? No. Not like this.

You Are Now Watching The Throne

Dusty leaves the Cats behind

Jay Croucher: Dustin Martin is a Real Boy and his opponents are inadequate, inanimate objects.

Only he and Lance Franklin truly feel bigger than the game. Patrick Dangerfield might be better than both of them, but he’s too much of a workhorse to be as ethereal as his two closest peers. Marcus Bontempelli gets to ‘bigger than the game’ status occasionally, and so does Eddie Betts. But it’s Martin and Franklin and then the rest.

Friday night it was Martin. His second half was sublime, the most golden chapter yet in the volumes of Dusty. He was everywhere, involved in everything. He shoved Cats to the ground or just accelerated past them. He had so much time – the game came so slowly to him while it was going so fast for others.

Teammates looked for him the same way one feeds the hot shooter in basketball. Martin’s brain was as remarkable as his brawn, caressing passes inside 50, drawing men and then giving the pick and roll handball over the top. His vision was impossible.

While Dangerfield blazed, Martin thought. He processed every situation and always made the best decision. He is a selfless superstar, and always looked to give the glory off to a teammate. As a result of his genius, the glory was given to all of them.

Don’t Let Me Into My Zone

Buckland: Lewis Roberts-Thompson is a beloved figure by most that follow the AFL. The scrawny looking utility, master of no things but adequate at just about everything, the man who won two premiership medallions as the 22nd man on a working class Sydney Swans team in 2005 and a blue chip Sydney Swans team in 2012. His last full year of league play was the last time Sydney won the last game of the year. Coincidence? I think not.

LRT retired in 2014, injuries and presumably a salary cap squeeze getting the better of him. It happened to be the year that a young man, Dean Towers, debuted for the club, though they never played a game together – at least at AFL level. That’s important, because it is eminently possible that Towers is actually LRT, just in a different body.

Towers is one of the worst kicks in football. He regularly makes mistakes by foot, kicking too long or too short or to the wrong person all together. His possessions could be dubbed with a Benny Hill tape. But he found his groove: checkside kicks for goal from the left forward pocket. Towers slotted two of them in the first half; Sydney’s first meaningful score, and the second the straw that broke Essendon’s back.

LRT was proof that you don’t need to be exceptional to be an AFL footballer, you just have to have to work hard and do the right thing when the time comes. Towers, whose career hasn’t soared above skyscraper level quite yet, could turn out worse than LRT 2.0.

Cody Atkinson (Hurling People Now): At three quarter time in the Port Adelaide-West Coast final, one of the most memorable games of football in recent memorable, Channel Seven decided to flash the above graphic for the game. It proved both emblematic of the quarter to come, and a potential solution for the Power’s problems.

You see, Ollie Wines just keeps rollin’. It seems he draws his raison d’etre from rollin’, and the Limp Bizkit song of the name. Where his teammates began to stop rolling in the game – as their seemingly inevitable march to victory slowed – Wines continued to roll and kicked the goal to put them in the lead. The lead was consolidated soon after by first year revelation Sam Powell-Pepper, who may by using Fred Durst’s goatee as a source of his powers: 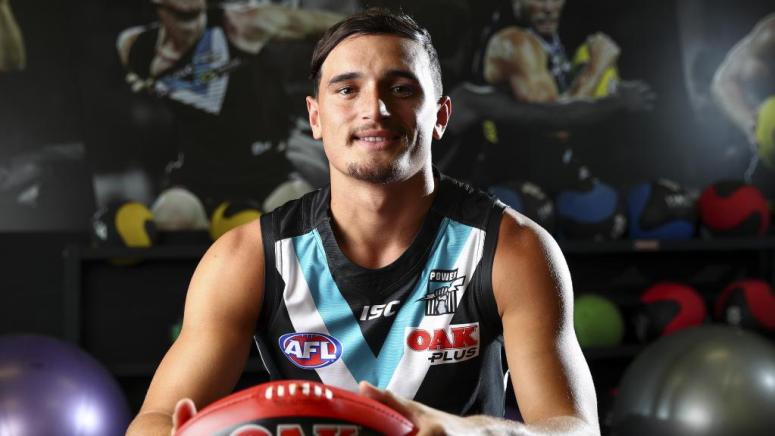 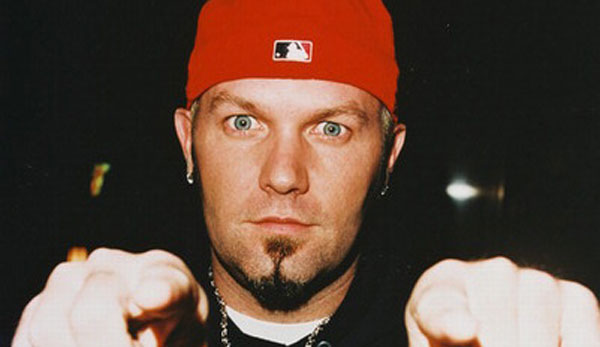 The issue for the Power is that the rest of the team failed to keep on rollin’ with Wines and SPP. No other Port player was able to find the space between the big sticks for the rest of the game, despite how close the ball got in the dying stages. Whatever you think of the musical merits of Limp Bizkit, it seems to work for Wines and SPP’s chin.

So why not lean into it? I do not know what Fred Durst and/or Wes Borland’s knowledge of the modern structures and game styles of AFL football, or even if they know if AFL exists. But I do know that they know about rollin’, and how to tell people to keep rollin’. Perhaps this is the new tactical revolution of football – a game plan based around rollin’.

It works for Ollie Wines quite clearly – why wouldn’t it work for the rest of the club?

I’m Definitely In My Zone

HEAR THEM ROAR | For their hero